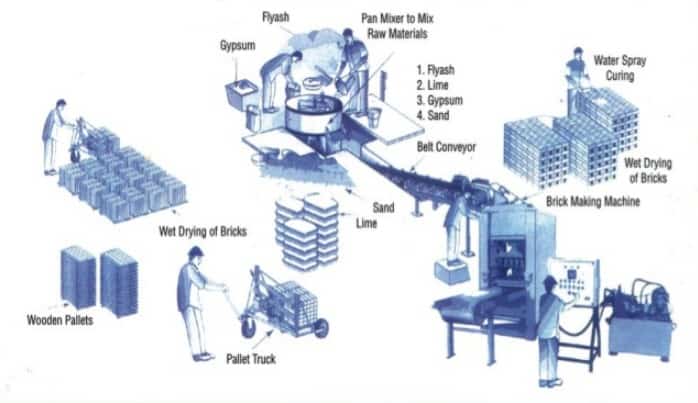 (1). Fly ash and sand (fly ash bricks mixing ratio is 0.35 fly ash and 0.65 sand, by weight) were mixed in a dry state. Required quantities of lime and gypsum were added to the dry mixture. Both these procedures were carried out in a mechanical mixer (for 5 minutes) extremely that a uniform mixture of fly, ash-sand-stabilizer was collected.

(2). A Uniformed combination of fly ash-sand-stabilizer was spread into a thin layer (100 mm thickness). The required quantity of water (10% for FAL10 and FALG10 bricks, and 12% for FAL17 and FALG17 bricks) was sprinkled and mixed manually with the relief of a spade in order to assure that moisture is uniformly allocated in the mixture.

(3). Known amount of the raw mixture was weighed and poured into the machine mould. indicates the filled mould prepared for compaction. After closing the lid the compaction is accomplished through the movement of a piston connected to the toggle lever

(4). After the compaction stroke the lid is opened and the brick is ejected out and protected in a stack for curing. The stack of fly ash bricks was coated with wet gunny cloth and water is sprinkled three to four times every day such that the whole stack is moist. The bricks were cured for 28 days and then were enabled to dry in the open atmosphere for four weeks and then utilized for testing. 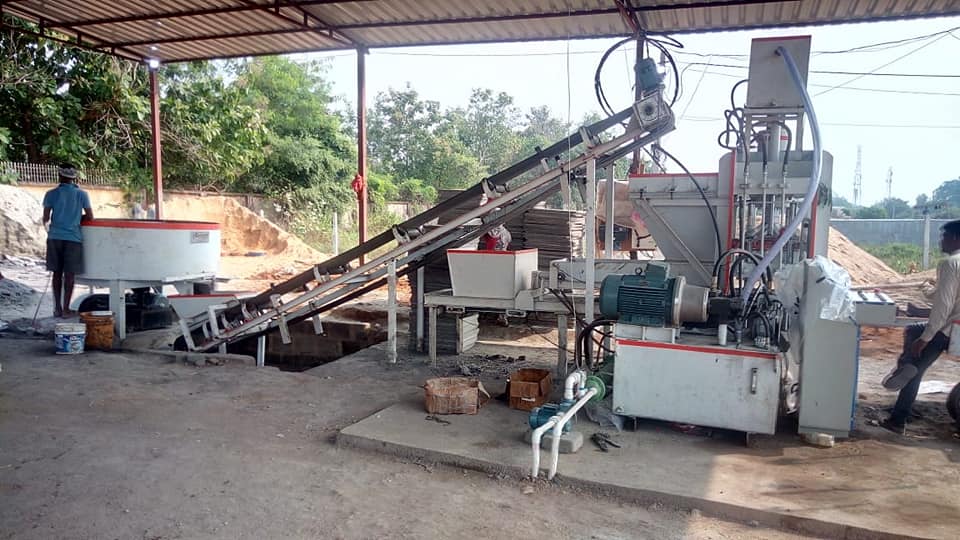 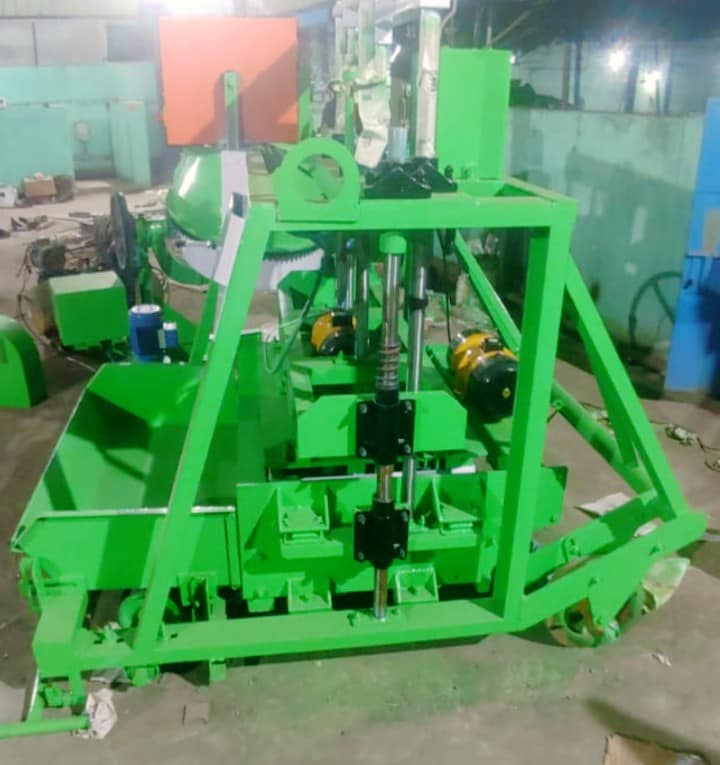